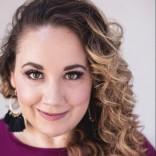 Ep 056: Crossing Borders to Complete a Family with Karen Jorgensen

Kristin is smart as a whip and on top of being a mom of 4 including a set of twins, she is a BYU Idaho professor online for their pathway program, online high school teacher of -psychology and AP Psychology and author of a fabulous novel- The Others.

Kristin’s story is so raw, real and inspiring to me and I could picture myself being in her exact situation feeling her exact feelings if I were to be given the same trials to overcome. After signing a book deal for a fiction novel she had written and passionately worked on she noticed a mass on her breast. Suspecting the worst due to the urgency of the “push” or prompting she felt she was not surprised to learn it was breast cancer.

With two young children at home already and not feeling that she was done having kids, she was faced with another obstacle, choosing whether or not to go through IVF treatments to preserve her eggs for future pregnancies. She again felt a very strong push and went through the treatments to keep her future babies lives safe. She compared that time in her life to standing alone on an island with a volcano about to erupt and giving her future children an opportunity to be born while she weathered the eruption. Such a beautiful analogy and one that made me cry until we were done speaking. Kristin had a double mastectomy and while recovering from that began treatment for IVF, after her eggs were taken out she started chemo, and 6 months of chemo with 30-40 rounds of radiation. I’ve always known cancer is a battle but to hear these numbers was staggering to me and I am just amazed she is not only alive today but smiling and happy. She truly weathered a volcanic eruption!

Kristin shares the process of writing her book and it’s amazing concept and how she’s writing it’s sequel for her devoted fans! Her book deal kept her going through the hardest of days. It’s one I’m excited to read!

And the IVF treatment paid off, exactly one year after her cancer was gone she had the embryos put in and surprise! Twins! She said it so beautifully when she explained that rarely does cancer give anything back. It usually just takes away, so for it to have given her the gift of her twins, if that was the only way they could have come then it was worth every step.

So now, the busy mother of 4 one of my biggest take aways from her was the fact that she sets timers on her phone for times she knows she’ll be inclined to lose her temper, reminders that say “Kindness begins with me”. We all know when those awful hours of day are right? I encourage all of you to follow her lead and be actively trying to create peace!

Kristin’s courage, tender heart and motivation to lead such an amazing and fulfilled life is so inspiring to me, and I am honored to share her story with you! Thank you Kristin for being an “open book”, I look forward to reading yours! 🙂

Check out ALL THINGS KRISTIN HERE!

Ep 056: Crossing Borders to Complete a Family with Karen Jorgensen