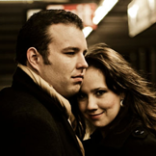 The Future is Safe

Do you get so worried about chasing those big dreams of yours that you forget to pay attention to your inner stop light?

Welcome to the first of many Five Minute Friday segments on Marvelous Moms Club! Every week, tune in to a quick little episode to get you ready for the weekend! Today I’m sharing about the inner stoplight- and yes I just made it up. Life is all about the analogies ladies! We are built up of so many hopes, dreams, plans and responsibilities that we can sometimes forget to be in tune with or aware of the indicators all around us telling us when it’s time to stop, slow down or GO.

Hey everybody welcome to a little quick fun episode which are now going to be coined as five-minute Fridays, this is five minutes where I’m going to just chat with you about something a fun memory, something on my heart, something on my mind. But I just want to give you a five-minute Friday episode, it’s just something you can grab and listen to really quick as you jump into your weekend, it will hopefully leave you inspired or laughing or something positive so that you can really jump in with both feet into having a fantastic weekend.

So today’s five-minute Friday I actually wanted to talk about our inner stop light. I wanted to talk about on social media how we see this constant desire… And I saw a post from one of our contributors here on Marvelous Moms, and she talked about how in a society full of people who are just go, go, go and go for the big thing and do something loud, do something big, which is actually the personality that I tend to have, that it’s really important to be very aware of different seasons and even just different I guess callings at different times in our life, and when it’s the time to slow down, and when it’s the time to just appreciate the little things you’re doing versus only focusing on the big things. And I think they can go together, you can have a big thing that’s in the works.

And the thing that’s beautiful about big things is they take a long time to grow and build. Some of our biggest dreams take the very longest to achieve. So I wanted to talk about that comparison I’m like the queen of analogies, so today for just a few minutes I want to talk about the comparison of the stop light and how I believe we all have an inner stop light. Stop lights tell us when to go, when to stop, and when to slow down. And as a mom there’s lots of different times that we can kind of get stuck in between those when we’re like, “I don’t know I’m too far away, I can’t quite see what the light is right now”.

But you can take the cue from so many different things around you like, right like how the traffic is moving, you can see if people are coming to a stop that it’s time for you to maybe stop. You can see if your kids are starting to act in such a way that you know something is off, right? You can tell when they’re stubborn and they’re right in front of you, and they just need that focus and that attention, you know it’s time to stop. So and also you know when it’s time to go, usually the cars are moving faster, you have to [chuckle] kind of… I like to think of chasing after them.

I mean really to me, driving is like all constant game of Mario Cart. Have you guys by the way side note ever seen a banana peal on the road and actually kind of swerve because you were thinking in Mario Cart and you’re like, “Will I slide, if I drive over the banana peel side note”, just a random thought I’ve had before. [chuckle] So really I think it’s important that we tune in, that we have awareness visually of what the stop lights are of life and when it’s really important for us to go and move and get stuff done and when it’s important for us to listen to our inner self when it’s time to slow down, when instead of one more errand maybe it’s time to go home and read a book with your children.

Maybe after the trip to the library you actually need to read the books instead of jumping to the next thing and constantly trying to create magic for your children. Right? And in your own personal goals there’s going to be times when the kids aren’t going to be quite as needy. I know this is hard to comprehend. I remember having all three children under the age of five and thinking this is my life forever, and I went out on a girl’s night which was such a huge thing right, when you don’t get out much and you have the Girl’s night.

And one of the moms saying, “Yeah but when they go to school, blah, blah, blah”, and I was like, “Oh my gosh, they’re going to leave, they’re going to go to school one day”. I’m not going to be here raising toddlers for the rest of my life, but honestly truly for a minute that’s what I thought. And now that I’m out of that phase where I don’t have to change diapers, and I’m not called upon for every physical need, their needs have changed and they’re more emotional and it’s more focus and attention, but they also have grown a capacity to entertain themselves and I don’t feel bad about setting them down with a book to read themselves or setting them down with an art project so that I can do something to feed my soul.

But I know when I get too much wrapped up in my own stuff, that there’s always an inner thing that tells me, “Slow down, stop, change lanes”, right? Like it is so important to know and to be in tune with the indicators around you, the way your children are. The indicators within you, because you will always know, you’ll always know when it’s time to do one of those things and if you don’t, I think you actually do. I mean there really is no not knowing, you know, it’s just a matter of uncovering kind of that unconscious like layer that we try to stay busy, so we don’t have to pay attention to that, so we don’t have to listen because we attribute all of that to inadequacy and guilt.

But sometimes, mommy guilt is a good guilt. It helps you to realize what you might be missing out on and what you might need to give, a little bit more attention to. And I think if you can look at it as guilt versus shame like not focusing on how you’re horrible at everything and that you never get things right as a mom, but how maybe you’re feeling bad because three hours of screen time was maybe a little bit excessive, because they had three hours of screen time yesterday or whatever your markers are, mom guilt is not always a bad thing, it really helps you to stay in line. And that, I think, part of mom guilt is your red light and your inner stop light, it’s the thing telling you to stop, it’s the thing telling you to slow down.

So that’s my five-minute Friday for you guys today. Listen to your stop light, pay attention to the stop lights if you’re listening to this while you’re driving by the way, and how that can be when you’re like, “How did I get here? I got in the car and I turned this podcast on and now I’m here it’s like magic.” Anyway thanks for tuning in, have a fabulous weekend, you are a truly marvelous mom, thank you for being a part of this amazing community and we’ll see you over on Instagram and Facebook, let’s see what you’re adventuring this weekend, have a marvelous day Mama.

The Future is Safe